George Williams [October 11, 1821 – November 6, 1905] was born the youngest in a family of eight sons, on a farm in the misty hills of Dulverton, Somerset in England. As a young man, he was rebellious but eventually became a devout Christian. George Williams was appalled and concerned with the terrible condition in London that in 1844, he gathered a group of his colleagues addressing such issues by practicing Christian principles, and YMCA was formed since then. In 1894, George Williams was knighted by Queen Victoria in recognition of his “distinguished service to the cause of humanity”. Sir George Williams died in 1905 at the age of 85.

Jean Henry Dunant [May 8, 1828 – October 30, 1910] also known as Henry Dunant or Henri Dunant, was born in Geneva, Switzerland as the eldest in a devout Calvinist family and played a significant influence in the Geneva society. At age 18, Dunant joined the Geneva Society for Alms and in the following year, together with friends he founded the so-called “Thursday Association”, a loose band of young men that met to study the Bible and help the poor, spending free time engaged in prison visits and social work. On November 30, 1852 he founded the Geneva chapter of the YMCA and three years later, he took part in the Paris meeting devoted to the founding of its international organization. He won the first ever Nobel Peace Prize for founding the International Committee of the Red Cross in 1863 and inspiring the Geneva Convention. 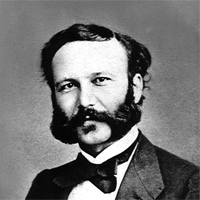 The Asia & Pacific Alliance of YMCAs

The main functions are: